Jill helped establish Soho Photo Gallery in 1971 when a group of New York Times photographers created a  space to exhibit their personal work. She then presented shows at the gallery in 1972 and 1974.

Jill went on to complete numerous photojournalism assignments, had exhibits in major galleries and museums, and published seven books. She received many awards and honors over the course of her 40-year career.

We’re pleased to honor the memory and legacy of Jill Freedman with this exhibition of some of her most captivating work.

Jill wrote about Resurrection City
I knew I had to shoot the “Poor Peoples Campaign” when they murdered Martin Luther King Jr. I had to see what was happening, to record it and be part of it, I felt so bad. Besides, it sounded too good to miss. So, I went and had one of the times of my life, and this is my trip. And I never realized how much it had become a part of me until I was writing this and saying we and us and feeling homesick. Which is what Resurrection City was all about.

Of course, it was old stuff from the start. Another nonviolent demonstration. Another march on Washington. Another army camping, calling on a government that acts like the telephone company. Even poverty is ancient history. Always have been poor people, still are, always will be. Because governments are run by ambitious men of no imagination. Whose priorities are so twisted that they burn food while people starve. And we let them. So that history doesn’t change much but the names. Nothing protects the innocent.

And no news is new.

Jill wrote about Firehouse
I nearly called this book “You Shoulda Been Here” because no matter how much time I spent driving up to the South Bronx and Harlem and sitting around waiting for some action, the first words upon my arrival were those. You shoulda been here. Five minutes before you got here, ten minutes after you left.

So I moved into the back seat of the Chief’s car, right there on the apparatus floor between the truck and the engine. Females were not allowed unescorted after 10 at night, and they certainly could not sleep in the dorm, like male reporters could.  So, for over a year I slept on the back seat, and I stayed at the firehouse six days and nights around the clock. Then home for two nights, processing film and making prints.

Jill wrote about Street Cops
Street Cops is about a job, being a cop.
And it’s about city life; some citizens survive it, some don’t.
The city is New York, it could have been Tokyo, London, Paris, Rome.
There are victims, there are cops, the job is the same.
These are New York City cops.

The good ones are street smart, they know who’s who and what’s what.
They see it all. I saw enough.
What I learned with the cops is there really are good guys and bad guys,
and the bad guys like to hurt people.
Sometimes it’s better not to know too much.
Sometimes it isn’t. This story wasn’t easy.

I hate the violence you see on TV and in the movies.
I wanted to show it straight, violence without commercial interruption,
sleazy and not so pretty without its make-up.
I also wanted to show the tenderness and compassion of the good guys,
the ones who care and try to help.
Moments of gentleness, good times as well as bad.

That’s why I love photography.
I can catch a moment, print it, and share it with you.

From Julie Grahame, who curated the memorial exhibition
I sadly never met Jill Freedman in person but of course I was familiar with Jill’s work, her pure New Yorker-ness, how she nailed humanity in her photos. It is a treat to bring this Soho Photo Gallery exhibition to life. We show here for one week just a sampling of the great bodies of work that Jill has left for us to appreciate. Included are images from “Resurrection City,” a body of work that became the book “Old News: Resurrection City” (1971). For six weeks, Jill lived among the Poor People’s Campaign protesters in a makeshift town that was dubbed “Resurrection City,” developing an intimacy that is evident in this captivating body of work.

Jill was also well known for her photos of and relationships with the New York City Police and Fire Departments, a few examples of which are in this exhibition, alongside some images that broadcast aloud Jill’s keen eye and sense of humor. 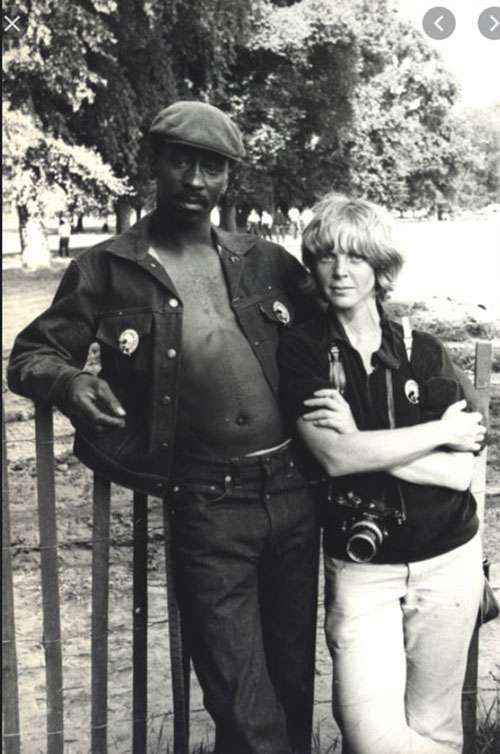