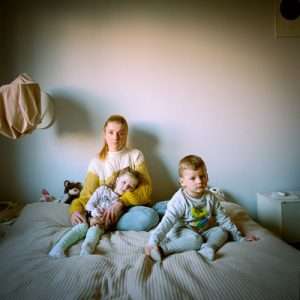 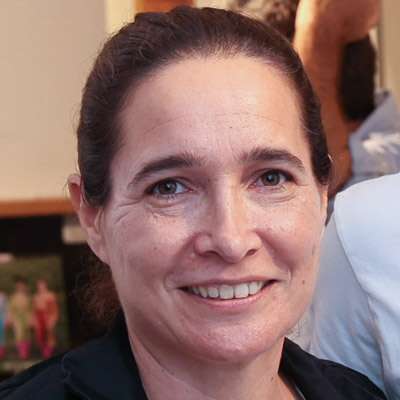 In Their Own Words - Ukrainian Refugees staying with Polish Families
The war in Ukraine is a tragedy, and many Ukrainians had to leave their homes quickly. There are many refugees that are scattered across Poland, from the Ukrainian border to the capital Warsaw. While many are staying at temporary camps or empty shopping malls, some of them are staying at the homes of local Polish families— just simple people who opened their homes and hearts to strangers. This creates a moving encounter in people’s most intimate spaces.

This series is about portraits of the refugees and the local people who host them in their homes. A range of ages, faces and classes. An unusual gathering.

Her critically acclaimed Monograph Strangely Familiar: Acrobats, Athletes and other Traveling Troupes was published by Aperture in 2008 and was awarded PDN’s Photo Annual Book Award in 2009. Her next monograph entitled The Black Eye was published in June 2010 by Twin Palms Publishers, with solo exhibitions in October 2010 at Andrea Meislin Gallery in New York and M+B gallery in LA. Her third monograph entitled "Sailboats and Swans" was published in fall 2012 by Twin Palms Publishers with solo exhibition at Andrea Meislin Gallery in New York. Michal's fourth monograph entitled "How to Dance the Waltz" was published in Spring 2021 by Damiani Publishers, with a solo show at Clampart NYC. Michal is a regular contributor to the world's leading magazines, such as: The New York Times magazine, The New Yorker, BusinessWeek, GQ, The Guardian, The Sunday Times, The Financial Times, Le Monde and others.

This project was made with the generous support and collaboration of the Polish Institute in Tel Aviv and Adam Mickiewicz Institute, Poland