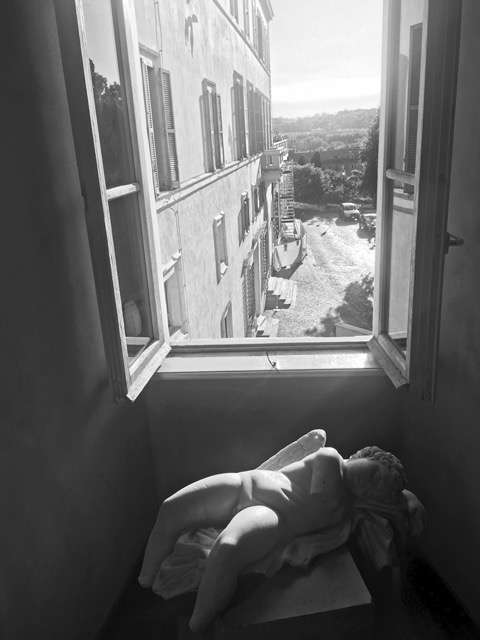 My wife, Elizabeth Rudulph, and I each have a photo appearing in the current issue of Black & White magazine as part of their 2022 Smart Phone Contest. Mine is “Sleeping Putti, Rome” and hers is “Disarming, Chicago.” 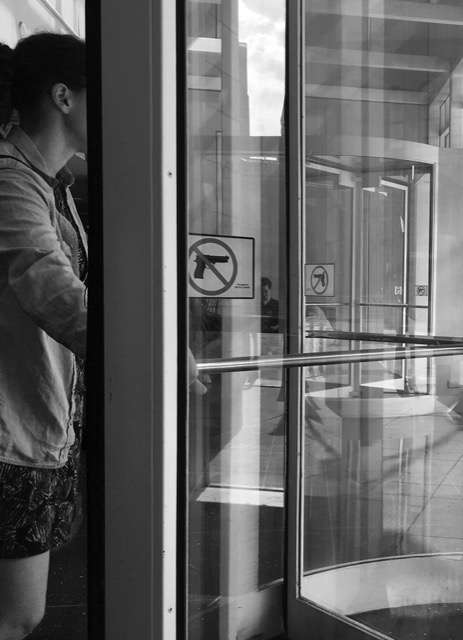 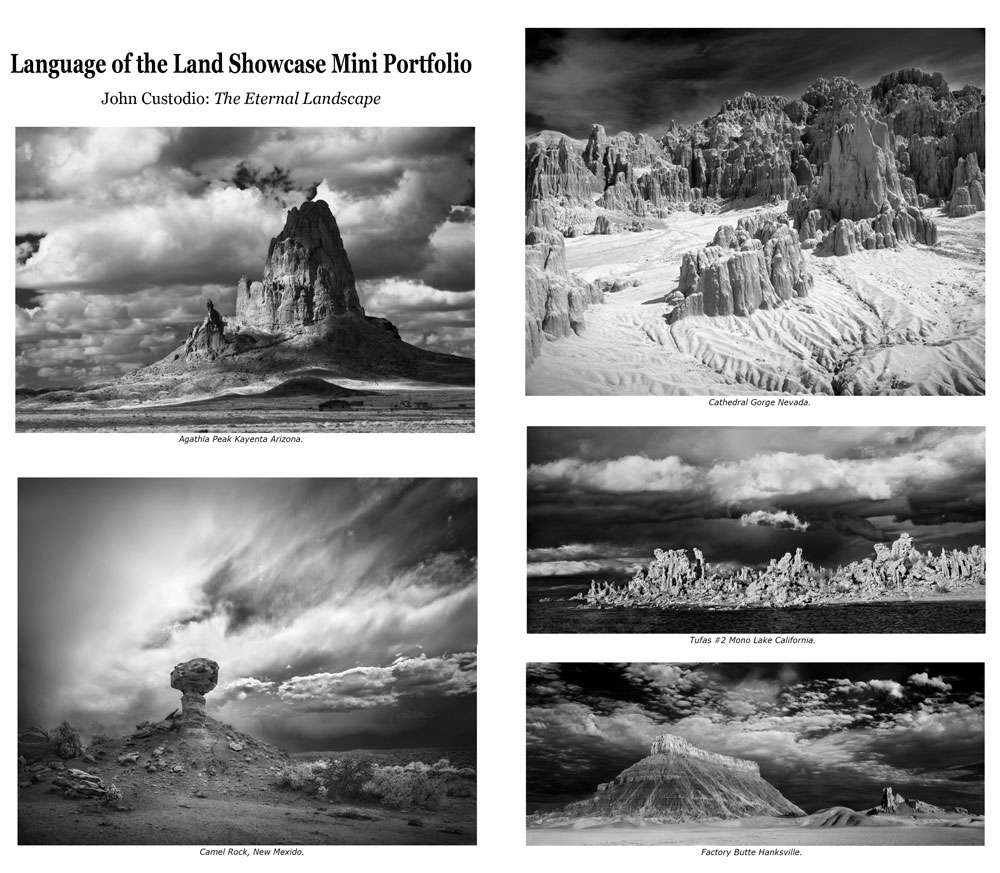 I have a 5-image portfolio in Shadow & Light Magazine’s Language of the Landscape special issue.

I am honored to be a juror, along with Hakim Raquib for Violence Transformed’s 2023 “What’s Going On” exhibition at Piano Craft Art Gallery in Boston. The exhibition is inspired by Marvin Gaye’s historic anthem. Please think of this invitation in the broadest terms possible as a call for imagery that reflects on, responds to, generates, celebrates a spiritual awakening that will displace violence and heal our communities. And please submit! Deadline: Oct. 27, 2022.

I believe that some members have seen the works I applied for, UnFrame: Relationship. This body of work explores my own subconscious mind and intimacies using an abstract visual language based on the principles of semiotics, the analysis and interpretation of signs and symbols. This series has been created by me since 2020, and has accompanied me to win many honors. Recently, I was selected into the 2022 Critical Mass Top 50 of Photolucida. 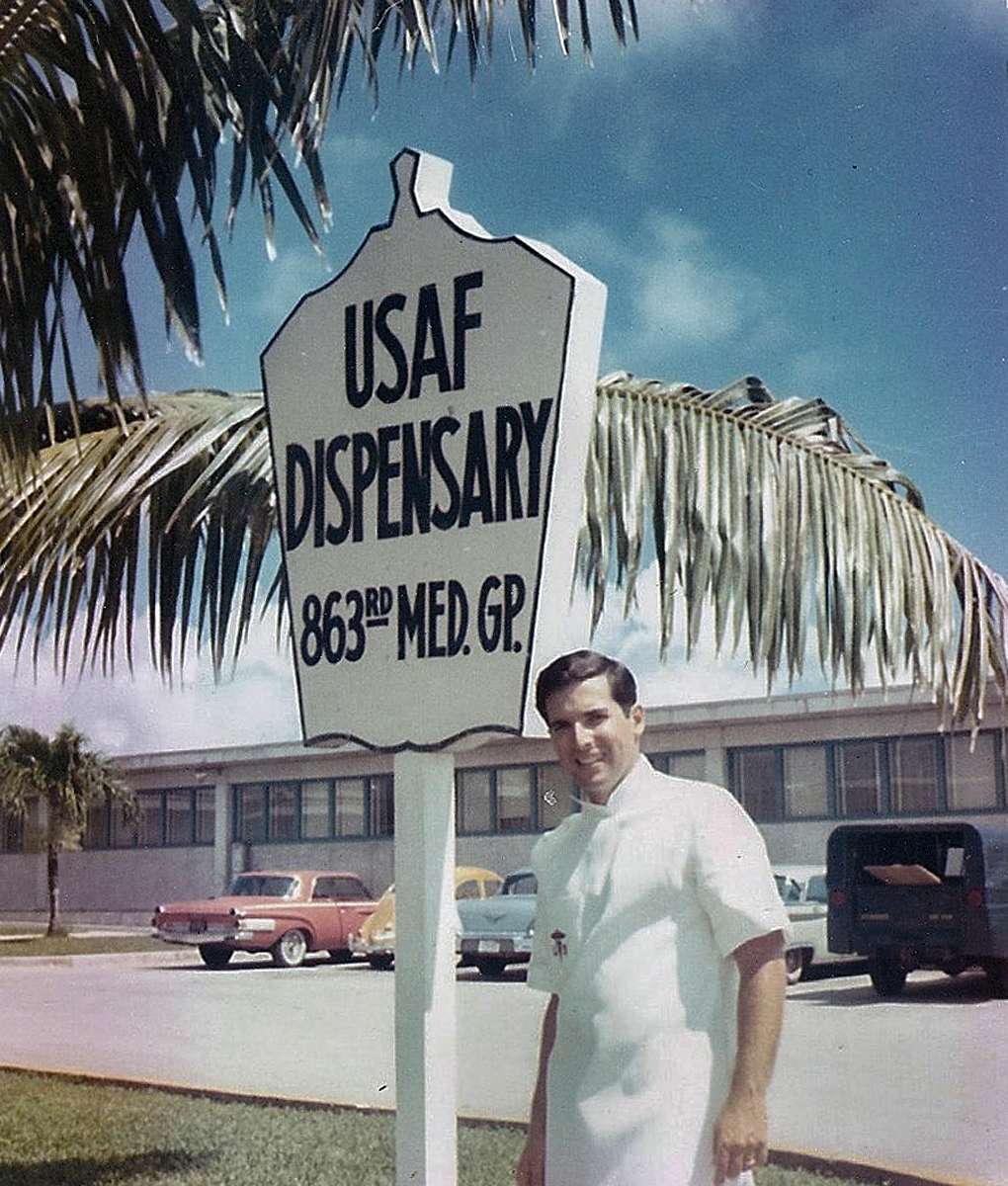 As a New Jersey orthodontist, it’s probably safe to say that Neil Lawner’s skills (and his jokes) brought smiles to countless patients. In his subsequent career as a New York street photographer, Neil continues to make people smile (well, most of the time) with his eye for unusual situations.

With his Leica Q usually around his neck when he ventures outside these days, Neil has come a long way from the days when he used a Kodak Instamatic on his honeymoon. He says, “My real interest in photography began in 1966 when I was an Air Force captain, newly married, and assigned to Guam for two years as a dentist.”

Neil explains, “In those years, good Japanese SLR cameras like Nikon, Canon and Asahi Pentax were just starting to become popular. I bought a Pentax Spotmatic with a f1.4 50mm lens for $125 and then added 35mm and 135mm lenses. Shooting Kodachrome, 99% of the pictures that I took were landscapes around Guam and places I visited in the Far East like Japan and Taiwan. All the physicians and dentists on the base did the same thing and every so often, we’d have a house party and have slide shows to share our images. Everyone seemed to think I had a good eye and I ended up using that camera for the next 15-20 years to take family pictures.”

Neil’s eyes were opened to other photographic pursuits when he and his wife traveled to San Francisco after their sons left for college. He says, “I happened to see an Ansel Adams exhibition at a Monterey gallery and was blown away by Adams’s 16 x 20 images. That’s when I decided to shoot only black and white. I learned how to develop film, something I did with dental x-rays, built a darkroom in my house and took lessons from a guy who used a big 4 x 5 wooden view camera. I said you have to be crazy to lug that around so he showed me 35mm, but I thought I could get more quality if I used a medium format camera. I bought a Mamiya 6 x 7 and within a year, a 4 x 5 view camera.

For the next 20 years, I only shot 4 x 5. I took it on vacations and developed film and printed images at home. I showed some pictures to a gallery in New Brunswick (my hometown) that sold fine art photography to Johnson & Johnson, Pfizer and Bristol-Myers. The gallery owner said she’d like to represent me and sold dozens of my images to J&J and Bristol-Myers for $500 each; I got $250.”

Around 2007, Neil experienced some changes in his life and moved to New York City. He sold the 4 x 5, bought a Canon 5D, and started taking pictures of people, with Coney Island a frequent destination. After someone told him about ICP, he went for a portfolio screening where he met Harvey Stein who taught a few classes there. Neil explains, “When I told Harvey that I photographed in Coney Island, he suggested I take his three weekend Coney Island workshop, which I did in July 2008. That’s where I met this wonderful guy, Norm Borden, who told me about Soho Photo. I’d never heard of it before, but he was kind enough to invite me to apply for membership. I went down to the gallery and the rest is history.” 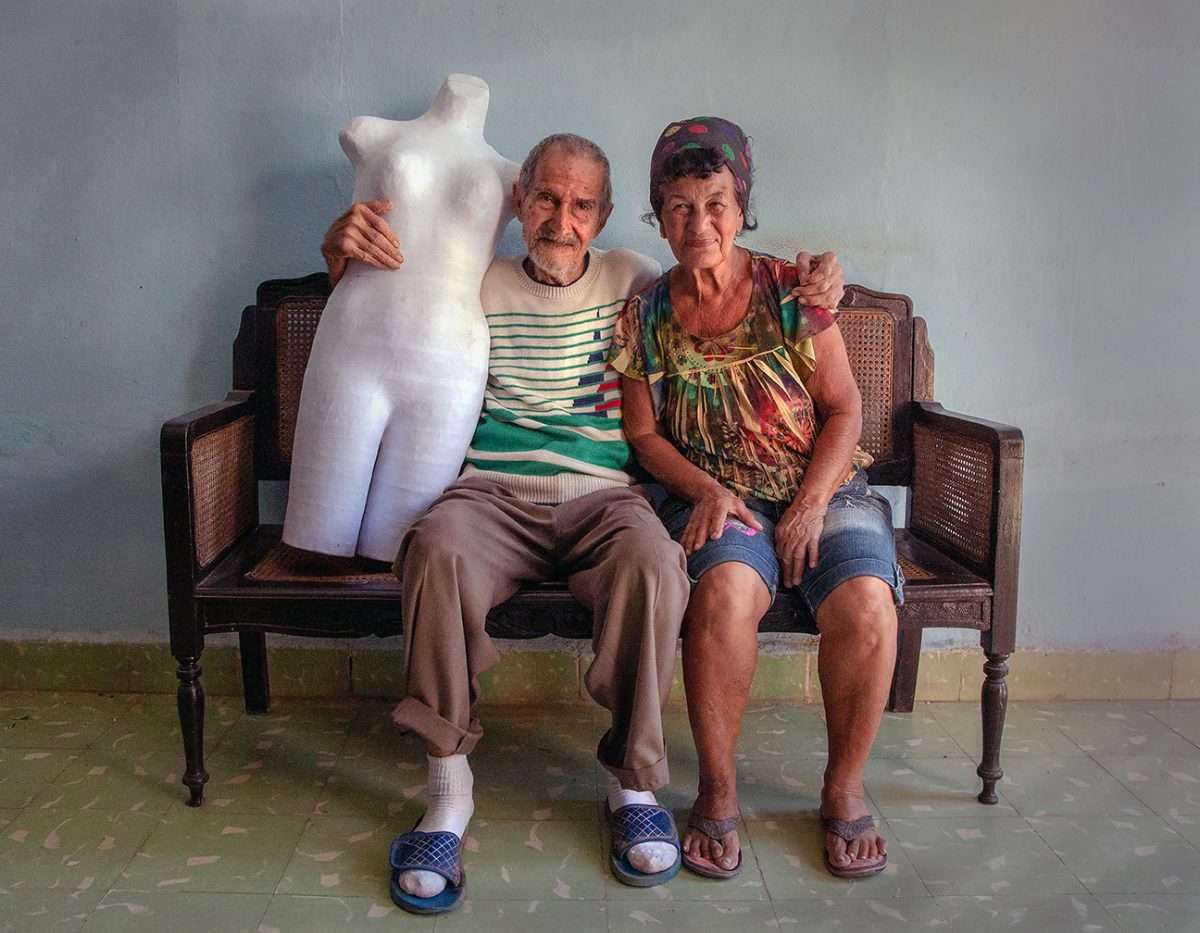 Neil says, “Being a member has been one of the anchors of my life in New York. I’ve met so many wonderful people, incredible photographers, and the diverse imagery being exhibited, from street photography and very fine art to alternative processes, there are things I never would have been exposed to if I hadn’t met this wonderful group. As I look at my photos from the last ten years, since I’ve joined Soho Photo, I think my skills and vision have improved a great deal.  A lot of that is due to the people I’ve met, the images I’ve seen, and my ability to look critically at other people’s work.”

Looking at Neil’s work, his approach to street photography speaks for itself. He says, “I tend to see the world through my sense of humor which can be a little excessive sometimes. Probable cause: Neil toiled for seven summers (1990-96) as a waiter in the Catskills during college and dental school where, after work, he watched borscht belt comedians tell jokes. Neil’s comedic chops were verified when he and nine friends were invited to perform in the You Tube video, “Old Jewish Guys Telling Jokes,” which ended up on Broadway. Neil and friends, however, signed away their rights to all the jokes.

As for his approach to street photography, he says, “My mind seems to see juxtapositions in New York City, where the unusual is the usual, where things don’t really compute. Putting opposites together makes an interesting picture, as does putting things that are very similar together. Most of the work I do now Is within walking distance of my house– down Fifth Avenue, in Central Park and Times Square, on the subway and in museums.”

Neil’s advice for aspiring photographers: “Follow your passion. In the beginning, I thought I’d be an Ansel Adams, but I evolved towards the humorous side of life. For the first 15 years, I never had people in my photos. If someone appeared, I’d wait until the person passed through. Now it’s rare that my images are without people, especially those that I think are in humorous situations.”

As Dr. Neil clearly knows, laughter is the best medicine. 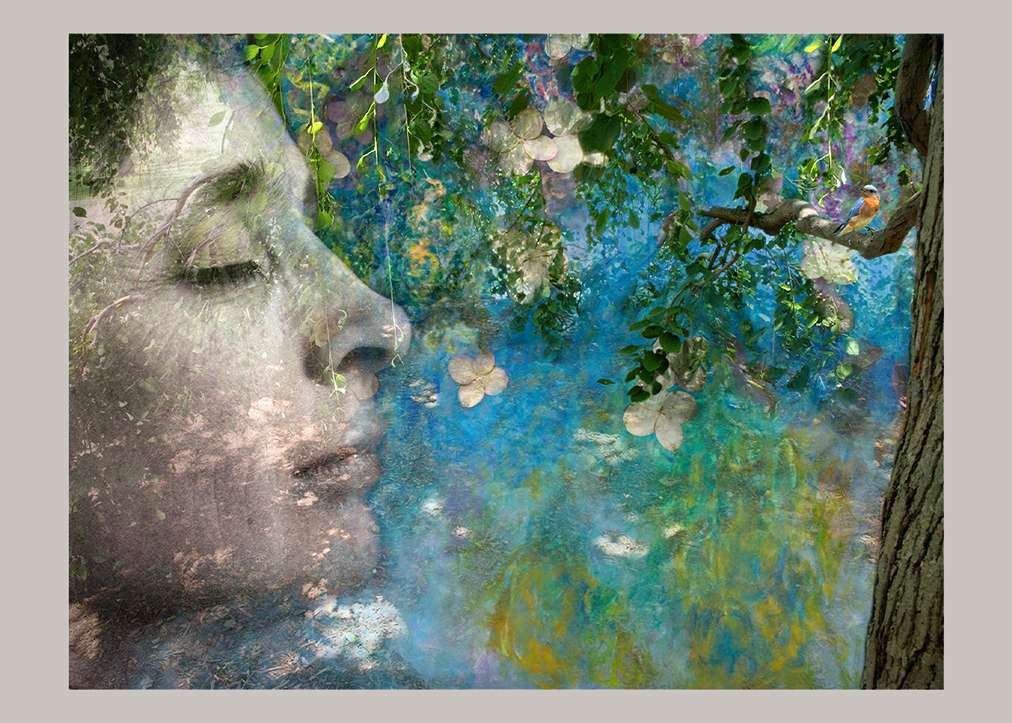 REVERIE is the act of daydreaming, the condition of being lost in thought, a trance-like state of dreamy meditation or fanciful musing.

My work is a combination of oil painting and digital collage on canvas. The combination blurs the distinction between these media, encouraging the viewer to free themselves from the facts of photography and reflect on moments of reverie – in the subject portrayed or their own daily flights of imagination and memory.

The Process: I create collages from a variety of sources – my own photographs, paintings and drawings, old letters and objects.  The collages are created in photoshop. Then I print the collaged image on canvas. I use oil paint over the whole surface changing the image and adding texture and color. Finally, I use a satin varnish over the whole image to unify the surface, and stretch the canvas on canvas stretchers.

This is a very layered process with a lot of steps. It takes me a few days to work on the collages in photoshop which is not really counting the time it takes to photograph. After the collages are sketched out, it also takes a day or two to print if I am lucky! Painting the images takes about two weeks. I am using oil paint because I love to use many transparent layers and glazes, and they all have to dry in-between each application.