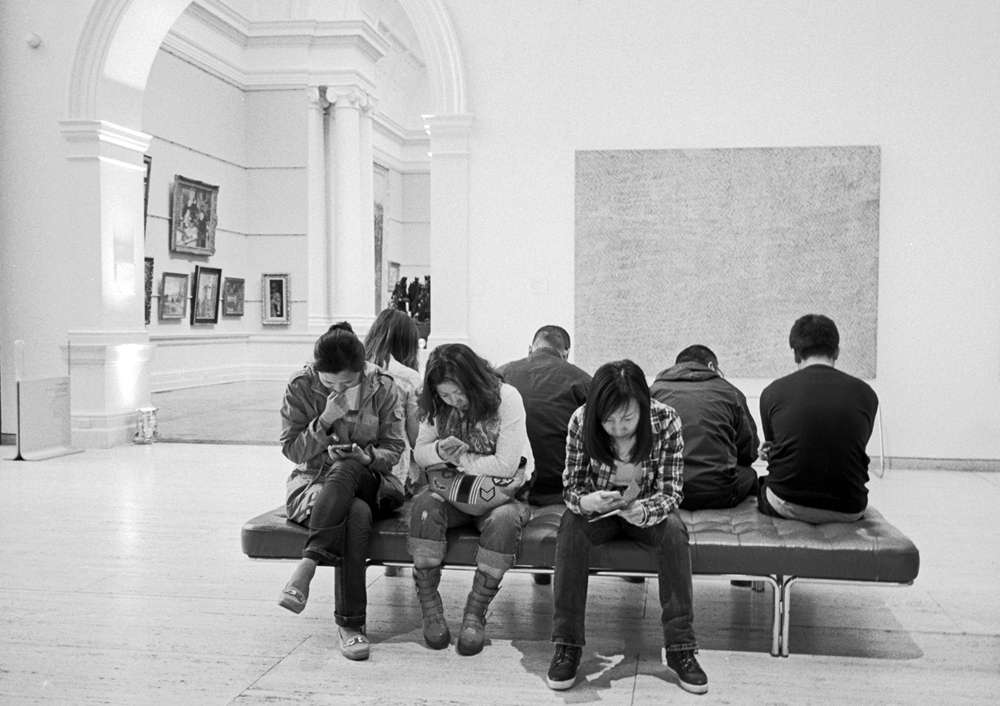 I’m pleased to report that the Griffin Museum of Photography in Winchester, MA, will be showing six of my photos paired with an equal number created by Arthur Griffin who was a prolific chronicler of New England and its people as well as a photographer for Life and local Boston papers. He shot mostly during the 1930’s to the 1960’s. Show will run January 12 – February 26, 2023. 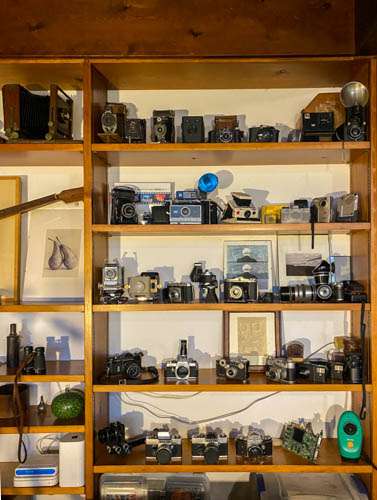 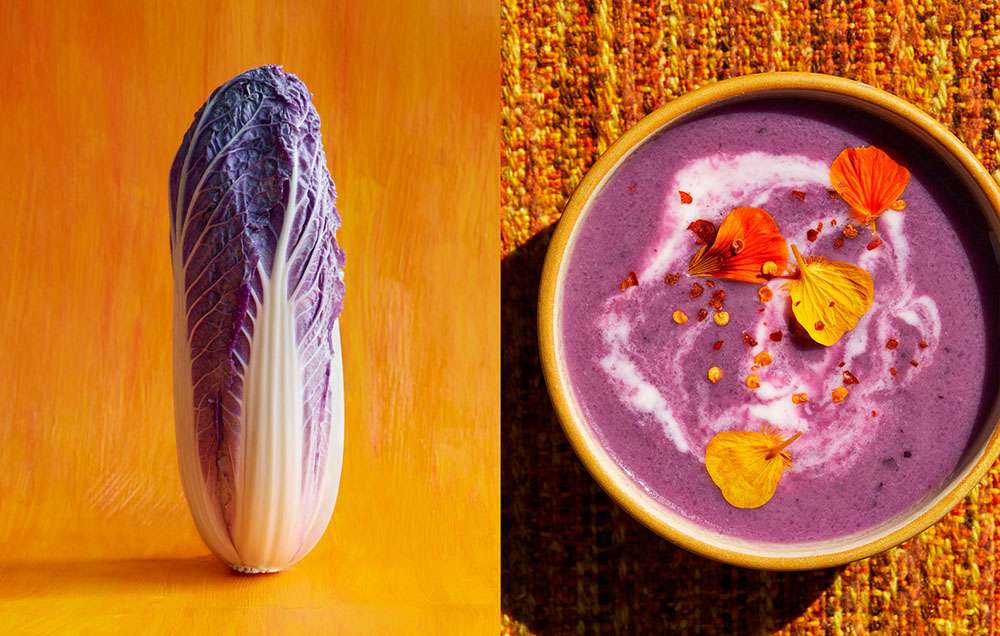 My Image, “Splat! Central Park,” for theme “Winter Explained” was selected by the curators at The Daily Photograph for sale to its collectors. 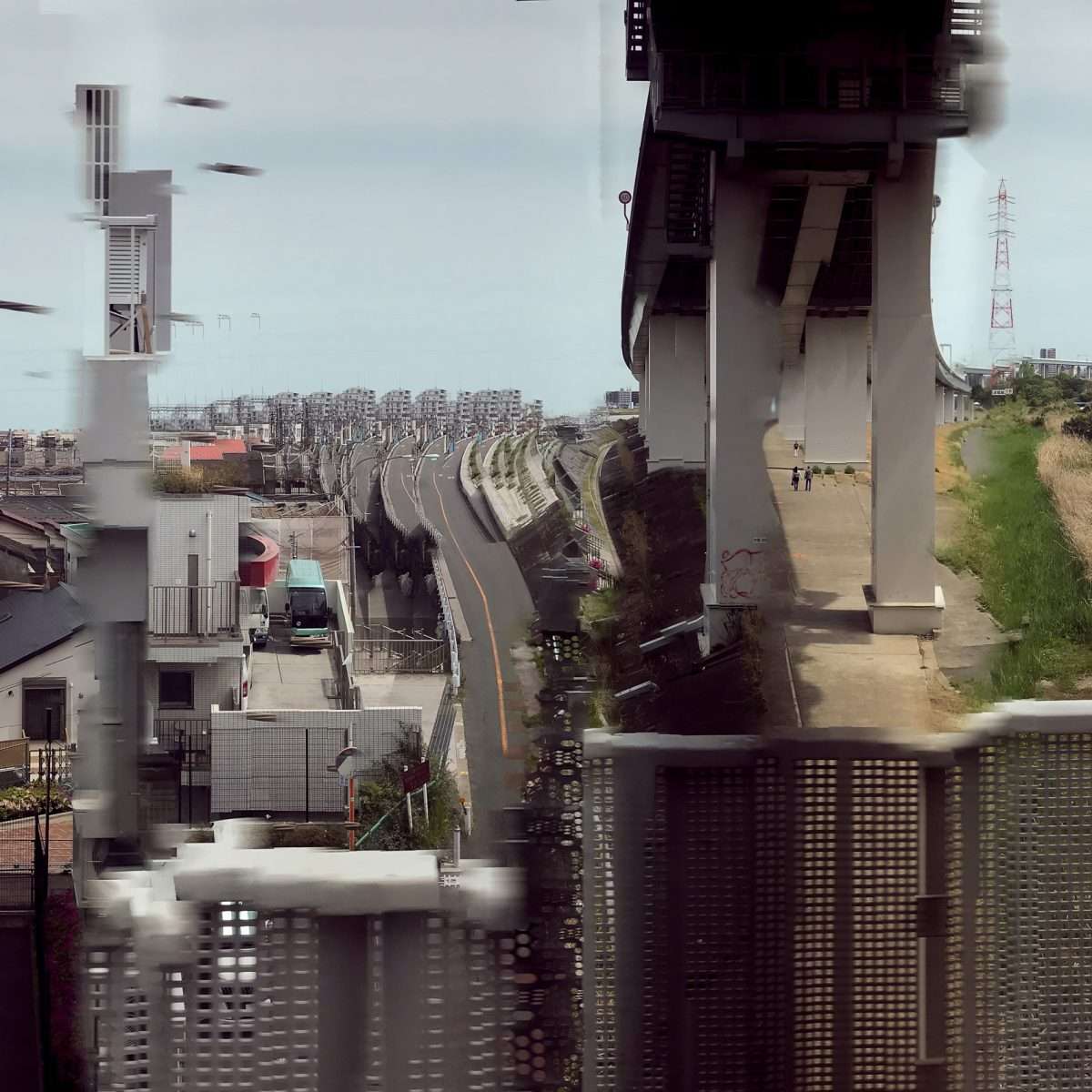 Great to be included in Fraction Magazine’s overview of photographers from this year’s Review Santa Fe. Lots of innovative and engaging work to explore in this edition. 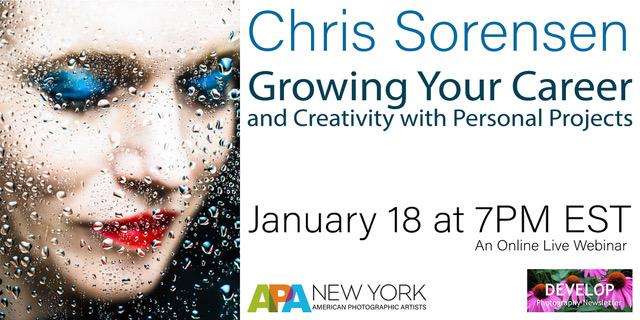 Award-winning photographer Chris Sorensen will talk about how he has used personal projects to build his career and refine his creative process. Chris presented this event in-person at our recent week-long event at SPG and it was so fantastic, we’re presenting it again on Zoom at no charge. It’s quite possibly, the finest talk on personal projects that we’ve seen. Besides showing images from his personal projects, Chris delves into his intentions, goals, his process, and tangible results achieved. 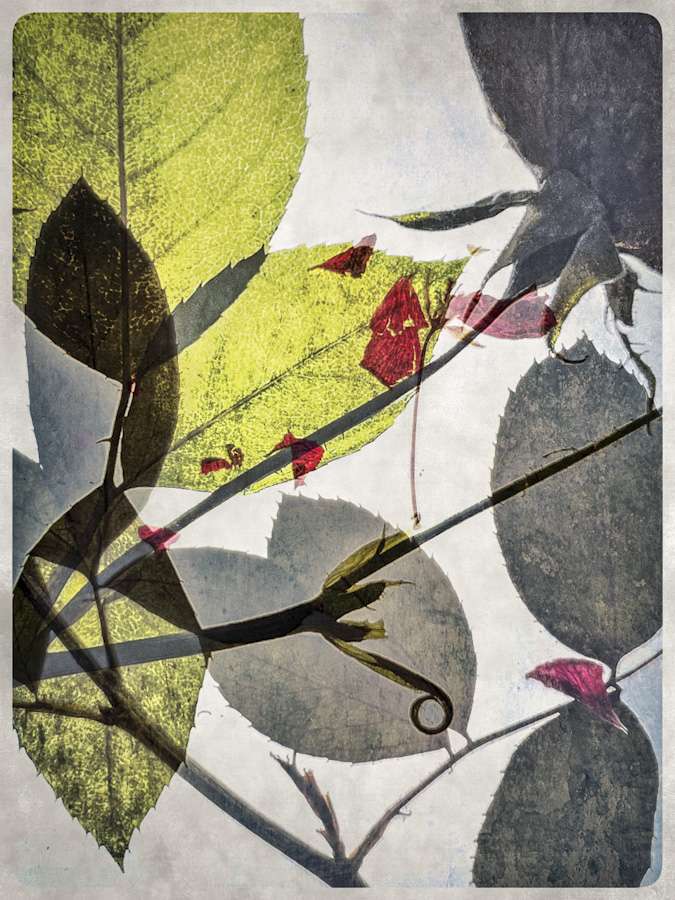 My work has been selected to be in a book to accompany the exhibition “The 27.” 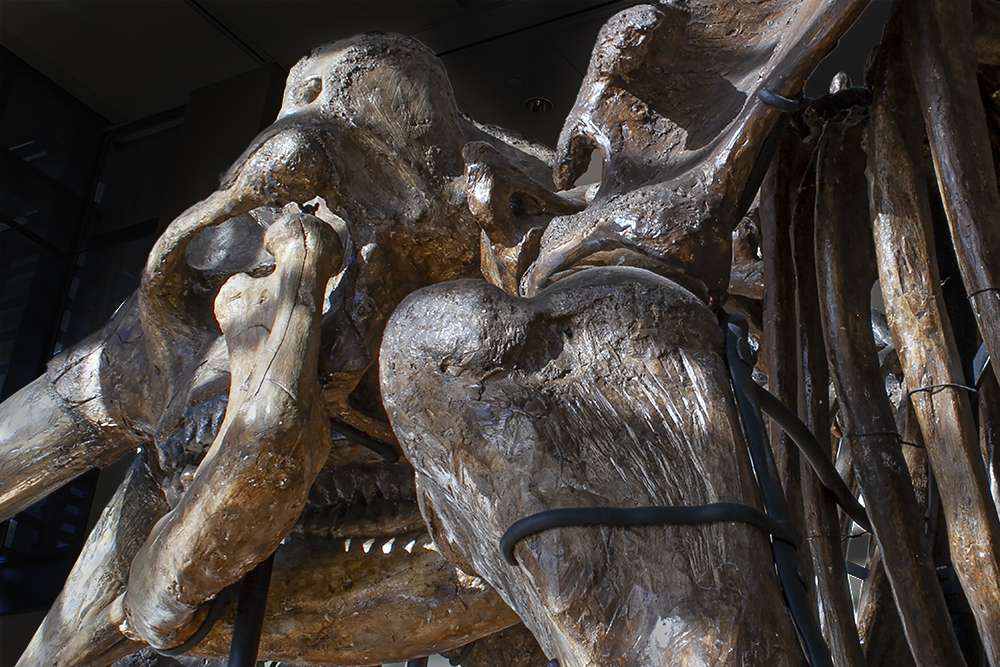 For more decades than I like to think about I have known there is a museum of natural history right here in my hometown, Amherst MA. A few days ago, I took a look, and I realized that hiding right under my nose was a treasure-trove of possible photographs. So I’ve started haunting the place: here’s one result.

Since I moved to Connecticut last April, I’ve seen two interesting exhibitions. Both at Fairfield University Museum in Fairfield.

Larry Silver’s Connecticut photographs at the museum’s Walsh Gallery, titled “13 Ways of Looking at Landscape.” I knew Silver primarily as a gritty street photographer. But after moving from NYC to CT in the 1970s, he was inspired by the CT coastline, water and weather, along with occasional people interacting with those features.

The second exhibit, at the museum’s Bellarmine Hall, was an Adger Cowans retrospective, “Sense and Sensibility.” Cowans was an early member of Kamoinge, an important collective of Black photographers. Much of Cowans’ work features Black subjects and experiences, and his work was in recent shows at the Whitney and Getty.

I’m part of a group of analog photographers called the Monolog Collective, a group of like-minded photographers that formed to promote traditional analog black and white photography and the industry that supports it. This exhibition of photographs, made by ten Monalog Collective Members, includes modern and historic applications of traditional emulsion-based processes. Each photographer has selected a specific process that best captures and expresses their vision of and feelings for a desired subject that is then revealed and shared via the finished print. Here’s the show I will be in at the Ronald K. de long Gallery, January 30 – April 29, 2023.

Debbie Gilbert: No Clowning Around

Debbie Gilbert – one of the gallery’s newest members as well as an old friend –knows photography and the photography business inside and out. Over the course of her multi-faceted career, she’s sold cameras, produced workshops, edited for Image Bank, and freelanced as a stock photographer. But wait, there’s more. Once upon a time, she studied acting and joined the circus. (More about that later.) 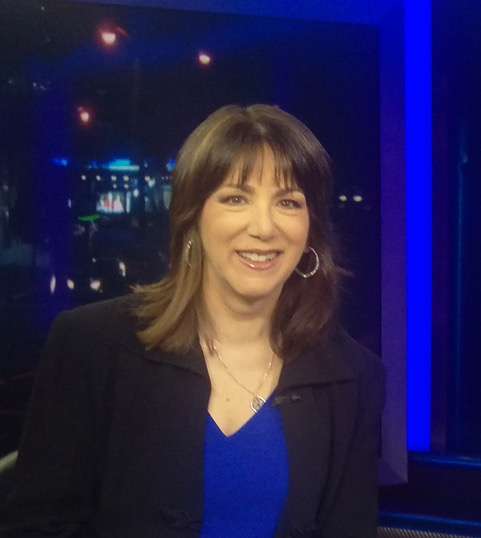 Debbie’s creative life began as a painter. She says, “I took art classes as a little kid, and when I was about 19, I had my epiphany. I realized I was spending all my time alone in my room painting when I wanted to be outside with people. I thought if I was a photographer, at least it would be more social.“  So, Debbie bought her first camera – a Pentax – on the lay-away plan at The Camera Shop in the Philadelphia area,  her hometown. She says, “’I knew nothing about cameras, all I ever had was a Kodak Instamatic but then I saw Jerry Lewis on the Mike Douglas Show mention that he had a Nikon.  I figured he’s a movie director and must know cameras, so I bought a Nikon FM instead – I still have it. In fact, I bought my apartment with the the pictures I made with that camera.” Debbie realized she wanted to learn more about photography, so she got a sales job at Ritz Camera. “I thought I could read books about photography when the store wasn’t busy.”

About a year and a half later, during the 1980’s, Debbie joined the circus. She explains, “I became a clown with the Ringling Bros, Barnum and Bailey Circus and was on the road for about a year.” Then after she left the show and moved to New York to study acting (and wait on tables between auditions), the Circus called. Debbie says, “They needed a clown to do advance work in NYC before the Circus arrived there. That meant doing media interviews and getting good publicity, something I’d done for them when I was on tour. I did this for seven years, ten weeks a year. Got lots of work from this.” 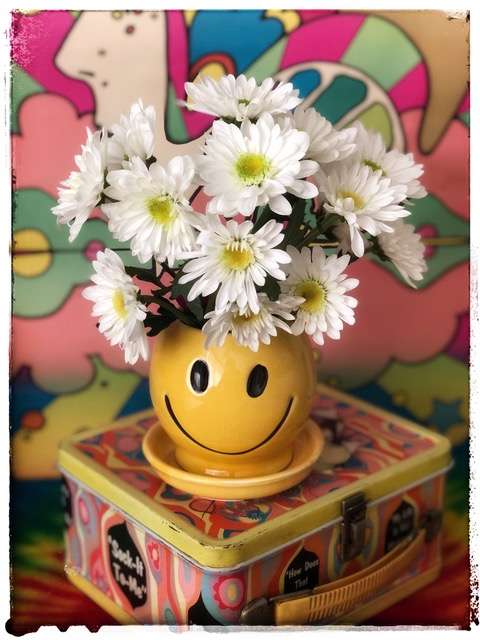 Debbie’s next move was a job at Olden Camera. “Although I was one of the top regional salespeople at Ritz Camera, Olden didn’t hire women on the sales floor.” However, they did have an opening running their workshop program. While being interviewed by the owner’s son, Debbie commented that the owner’s portrait on the wall looked like a Karsh photo. The son was impressed – Debbie got the job. She ran Olden’s workshop program for three and a half years, leaving to be a photo editor at Image Bank. “I edited over 700,000 images during my four years there.” After Image Bank was sold, she became one of their contract photographers and spent the next 20 years as a freelancer. When the economy tanked, so did the stock photo business. Around 2012, Debbie got a job at another camera retailer and started a portfolio development program. She explains, “It needed a goal that everyone could work for, and I thought a good one would be a gallery show; I thought of Soho Photo and contacted Sandy Carrion who I’d heard of but had never met. Sandy was interested and so was Lois Youmans – that’s what made it a program. They helped right from the start with the crits –the fact that all the participants were trying to be in a juried show made the program real. Students felt they had goals to reach; they had to post one image on Instagram every Friday, self-publish a Blurb book, and submit a mini portfolio to be juried. I did it for six years and then started doing it independently; I also started “Develop,” a Photography Newsletter (free to all).

All this experience and expertise has not gone unnoticed. A few years ago, The NY Chapter of the American Photographic Association (APA) created a position for her to be its Cultural Director and produce workshops and events. She recently became the Regional Director of the APA. Debbie says, “I’ve been producing large scale charity events since high school. When I worked as volunteer for the Muscular Dystrophy Association, they had a training program for high school and college-age kids. They trained us how to produce events and I’ve used that training in almost all my jobs.”

A recent example: When The APA rented the gallery for its December show curated by Elizabeth Avedon, the opening reception crowd packed downstairs and upstairs,

As a relative newcomer, Debbie says, “What I love about Soho Photo is that you step through the door, and it feels like you’re stepping back to a pre-gentrified NYC when it really was an artist’s enclave. I wouldn’t want it to be slick like other galleries; it offers exhibition opportunities and should be supported so it stays viable. It’s an important part of the cultural heritage of the city.” To accomplish that goal, Debbie feels the Gallery needs to get more serious about fundraising. She says, “I’m hoping to help with getting more publicity and marketing the shows to get more people into the Gallery. Even if they don’t buy any work, that could lead to more donations.”

As the song says, “People…we need people.” And certainly people like Debbie Gilbert.

Paul Stetzer on “The Future of Photography”

Soho Photo Gallery ended its yearlong celebration of its 50th anniversary by looking forward with a special show called “the Future of Photography.” Organized by our interns, the show exhibited their choices of a regional competition for young photographers aged 13 to 30. The opening reception was the largest I have experienced. And the attendees were the youngest. Short talks by many of the exhibitors provided insights into their images as well giving glimpses of what the young think the future of photography might be. This amazing show provided a suitable end of the celebratory year as well as a very energetic opening to the next future. 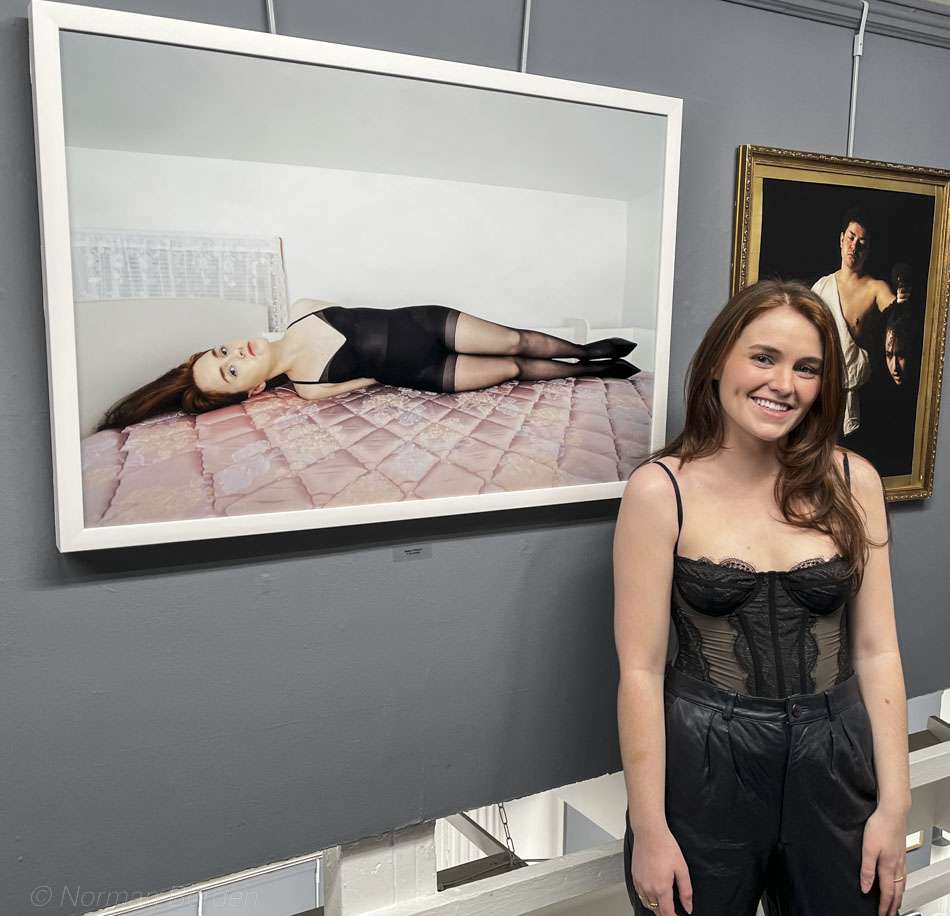