We are committed to supporting the work of artists representing our society’s cultural diversity, and providing space to explore the context in which their work is created.  Our exhibits spotlight a wide array of photographic styles and techniques practiced by our member artists around the world.  We run several competitions each year, offering selected artists the opportunity to show their work.

We sponsor several outreach programs to nurture young talent.  Our Emerging Photographers initiative offers underrepresented artists with original voices exhibition opportunities and access to our community.  Our intern program for local college students provides hands-on training in operating a gallery.  And, we partner with the Josephine Herrick Project to mentor young photographers.

We offer our members a supportive atmosphere that fosters collaboration and artistic growth.  In addition to our exhibitions, our public events include a speaker series, workshops, portfolio reviews and demonstrations, which are free or at a modest cost.

Currently, most of our programs are available online.  Out gallery is open Friday-Sunday, from 1:00 to 6:00 pm.  Click HERE for our current gallery exhibition schedule. 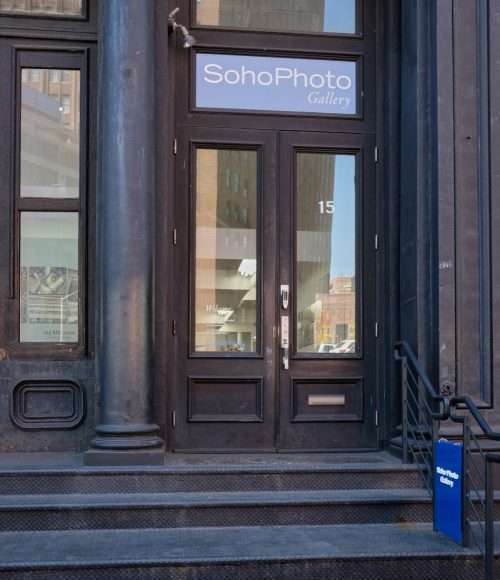 Soho Photo Gallery has 260 linear feet (79 meters) of exhibit wall space. This affords us the opportunity to show significant bodies of work – up to seven artists concurrently. We exhibit the work of our gallery members – as well as invited guests and artists whose work has been selected in our various competitions. We invite photographers who would like to join the gallery to submit a portfolio for review.

“Soho Photo Gallery has survived since 1971 because it has fulfilled the goals of its founders – to be a photographer’s place.” – Actuphoto

“…an interesting alternative to commercial spaces in the city….an accessible, welcoming place for both artists and visitors.” – Siobhan Wall, Quiet New York

“A thriving downtown photography cooperative marked its 40th anniversary with an exhibition of photos by its founding members. The group’s deep roots are still reflected in its pictures and practices.”  – WNYC

You will always find diverse and compelling work. We feature new exhibitions every three weeks plus special week-long programs thoughout the year, for now here on our website.

If you are an accomplished photographer with a strong artistic vision, we hope you’ll consider applying to become a member.

If you’re not a member, you still have the opportunity to exhibit if you enter one of our competitions – all open to the public.

Soho Photo runs a number of events that are open to the general public. Many events are free. Join our email list to be notified of upcoming programs.

Immerse yourself in all aspects of gallery operations. Ideal for a photography or art student, or individual making a career pivot.

As a not-for-profit organization, Soho Photo relies on member dues, modest competition fees and donations from patrons like you. 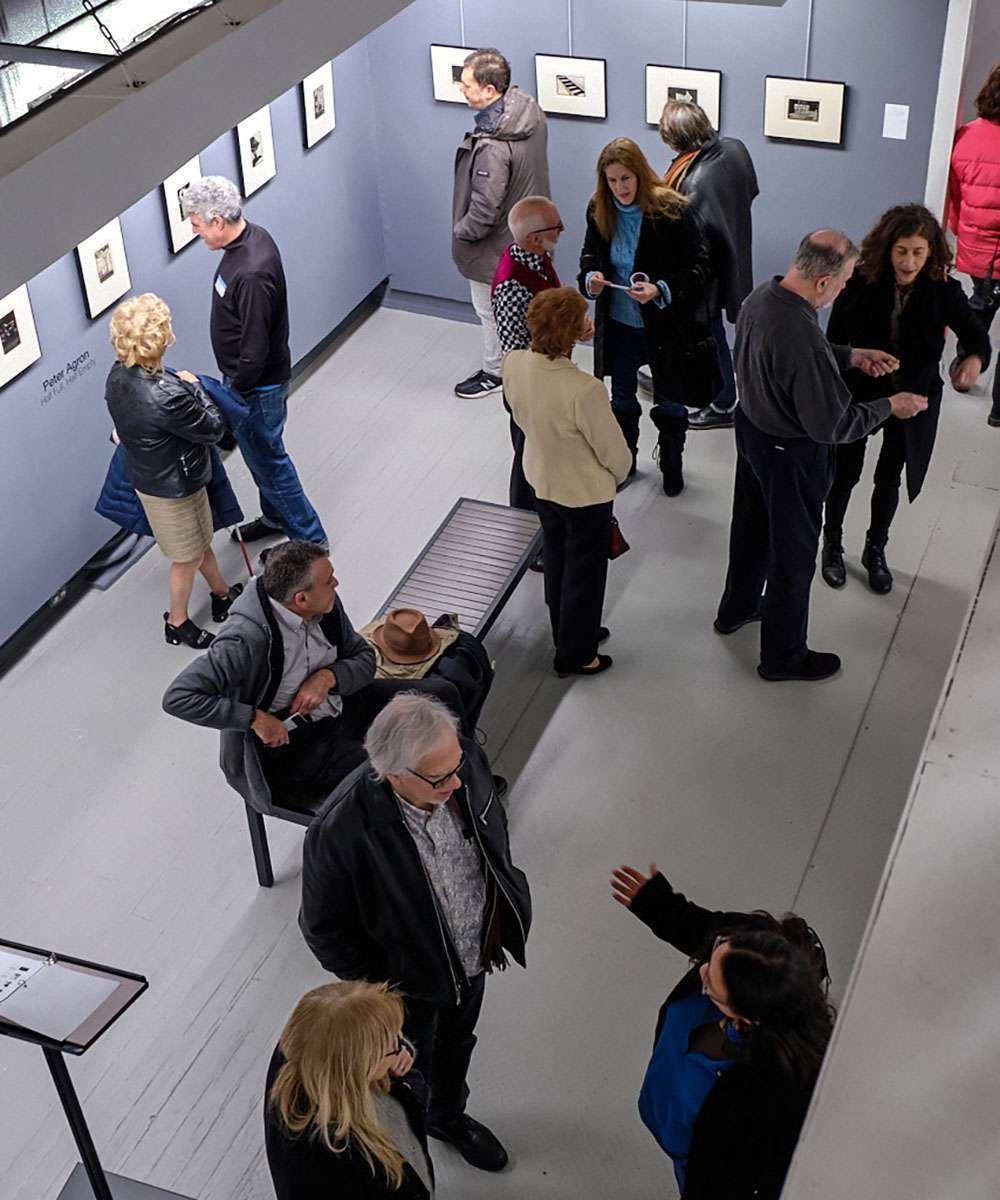 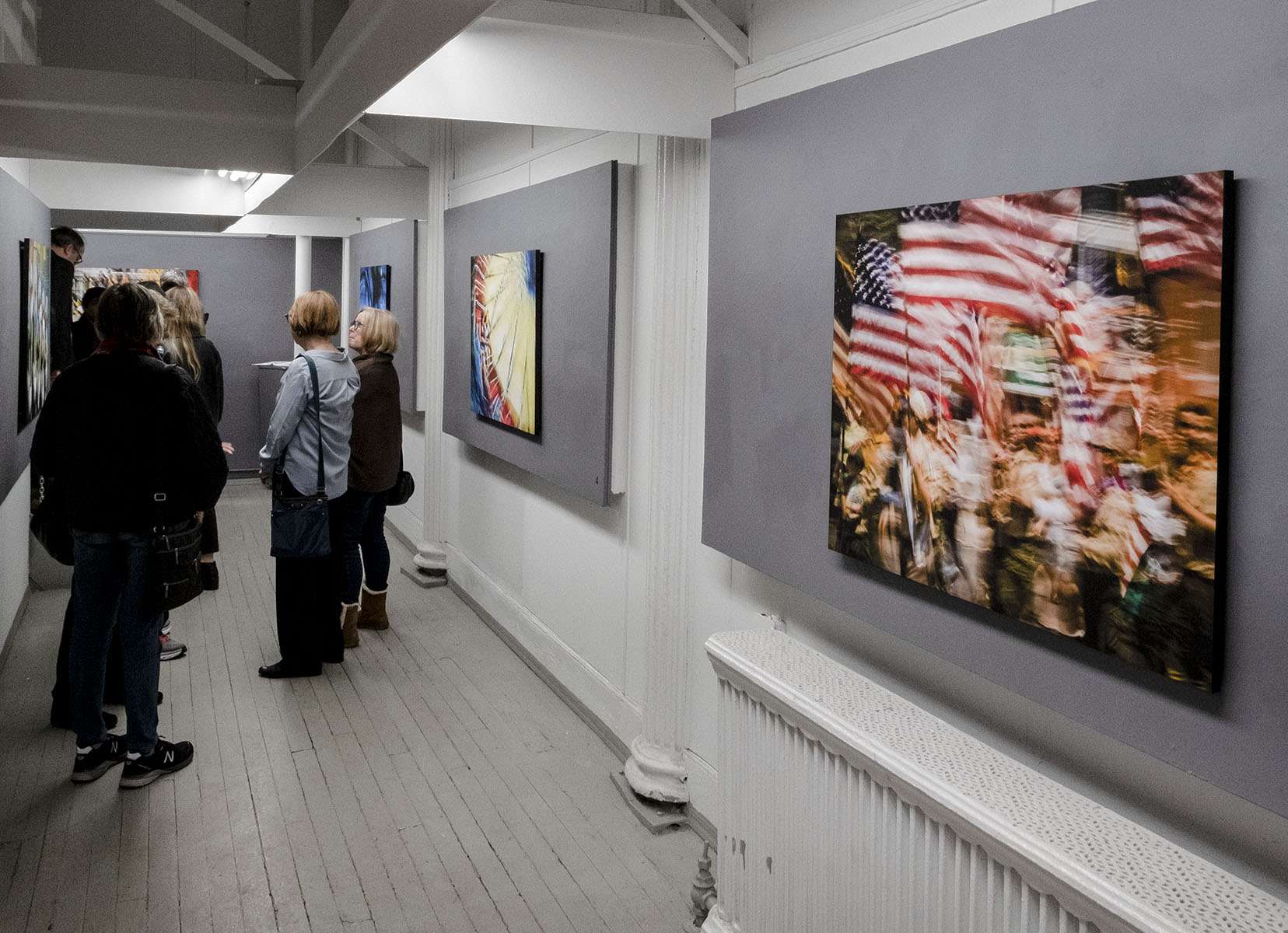 Soho Photo Gallery has come a long way and about eight city blocks since its establishment in 1971 by a dedicated group of New York Times photographers that included Jill Freedman, Harvey Stein, David Chalk and Lee Romero. They believed there was a real need in the photographic community for a cooperative where serious photographers could exhibit their personal work and exchange ideas, learn and grow as artists.

The Early Years
The group rented a loft space at Prince St. and West Broadway, located in the heart of Soho, New York’s soon-to-be trendy artists’ district. A newspaper advertisement that announced the opening of the Soho Photo Gallery drew a core group of some 40 photographers of varied interests and talents; Soho Photo was in business and now there was an alternative to uptown commercial galleries. The gallery wasn’t fancy, but it had four walls and lots of warmth. And month-long shows by members and guest exhibitors would ensure there was always something new at Soho Photo.

After just one year, with membership growing and pressed for more space, the Gallery moved to W. 13th St. in Greenwich Village. André Kertesz, who was among the Gallery’s regular visitors, said, “What Soho is doing is more important than Stieglitz’s work to promote photography in his day and in his gallery.”

After months of clean-up and construction work by Gallery members, Soho Photo now had a mezzanine gallery space as well as a downstairs gallery – enough room to display seven solo exhibitions simultaneously. With a current and still growing membership of more than 100 photographers, the Gallery’s added space has proved to be a necessity.

A Photographer’s Place
Over the years, thousands of serious amateur and professional photographers have exhibited at Soho Photo Gallery. Guest shows have featured the imagery of  Minor White, John Albok, Eva Rubinstein, Max Waldman, Wynn Bullock, Eugene Richards, Rebecca Lepkoff, Dan Burkholder, Eric Renner and Nancy Spencer, among others. The work of members and guests is, of course, as varied as the photographers themselves – everything from pictorial and documentary to abstract and conceptual. Large digital color prints may be seen hanging next to delicate 19th-century type platinum or palladium prints; hand-colored works coexist with manipulated Polaroid images.

Soho Photo usually presents five solo exhibitions by members on the main floor, with each exhibit bay having enough wall space to display up to 15 pieces. The two galleries on the mezzanine are typically used for smaller shows or member group shows.

Learning Opportunities for Interns
Each academic semester, the Gallery offers internships to local college students enrolled in photography programs. They get hands-on experience learning how a photography gallery operates by performing tasks that can range from helping to hang exhibitions and greeting visitors at openings to doing research and producing exhibition catalogs. The program’s success has helped the Gallery enhance its status within the photographic community.

In 2020, the Gallery launched a workshop program that gives photographers easy and affordable access to a broad variety of subjects. Initial offerings include instruction in image transfer, producing hand-made books, street photography and improving digital workflow.

The Alternative Processes Competition does not allow traditional silver, C-prints and digital prints to be shown. Instead, prints must be produced by alternative processes, which include Cyanotype, Van Dyke, platinum, palladium, Polaroid transfer and others.

The Galley also sponsors its annual juried Portfolio Competition; each of the two winners gets the opportunity to exhibit a cohesive body of work in a New York City gallery. It’s an opportunity that attracts a diverse group of artists from around the world.

Becoming a Member
Membership in the Gallery is a selective process. On the first Saturday of each month, the Portfolio Review Committee reviews portfolios of potential members. If the photographer’s work meets Gallery standards, he or she is welcomed as a new member, and that brings certain rights and responsibilities.

The Soho Photo Gallery has survived since 1971 because it has fulfilled the goals of its founders – to be a photographer’s place. And the Gallery continues to serve the needs of its members, acting as a community and a forum where old and new ideas meet. Photographers choose to become Gallery members because, like most artists, they have realized they cannot and should not exist in a vacuum. They want to learn. And they want others to see their work.

Soho Photo is the place.